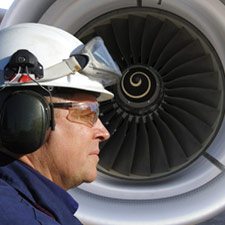 In response to the tragic fatalities at Dreamworld and an Eagle Farm work site in 2016, the Queensland government undertook a Best Practice Review of Workplace Health and Safety in Queensland. The creation of the new offence of industrial manslaughter was one of 58 recommendations contained in the report.  Industrial manslaughter allows the criminal prosecution of owners and employers for workplace deaths.

“Individuals guilty of industrial manslaughter will face 20 years imprisonment, with corporate offenders liable for fines of up to $10 million. These penalties send out a strong message to all employers that negligence causing death won’t be tolerated under any circumstances.

“Because of increasingly elaborate corporate structures, up until now, it’s been difficult to prosecute some employers for manslaughter.

“But these new laws will hold all employers – regardless of their size or structure – accountable for negligence contributing to a worker’s death.

According to the review, worker representatives and plaintiff lawyers favour the creation of an offence of gross negligence causing death, while industry groups and other legal professional groups favoured retaining the status quo.

To date, the only Australian jurisdiction which had a specific industrial manslaughter type offence was the Australian Capital Territory.

“The legislation passed today is all about ensuring all Queensland workers can return home safely to their loved ones after a day’s work.”

Safety Dimensions will update this page as more news comes to hand about what this means in practice for the QLD safety community.

Essendon air crash: what will the investigators be looking for?

Essendon air crash: what will the investigators be looking for?

Just before 9am on Feb 21st, a twin-engined Beechcraft B200 Super King Air turbo-prop aircraft took off from runway 17 at Essendon Airport outside Melbourne in Victoria.

Shortly after takeoff, the pilot declared an emergency and reported an engine failure to Air Traffic Control. The plane then banked to the left and crashed into a shopping centre, killing the pilot and four passengers.

In the wake of the crash, investigators from the Australian Transport Safety Bureau (ATSB), the lead investigation agency, and Civil Aviation Safety Authority (CASA) will be trying to determine why the aircraft lost power and was unable to be flown to a safe landing.

As part of the aircraft’s type certification it is required to be able to maintain a minimum 5% climb gradient following the failure of the critical engine on take-off. This means it should have been able to at least climb over local obstacles, and circle around for a landing.

So a key question in the minds of investigators will be the reasons why this particular aircraft on this occasion wasn’t able to achieve this.

If the malfunction was related to only one engine, there has to have been some other factor degrading the aircraft’s single engine performance.

Maybe the engine that failed did not auto-feather, or could not be feathered by the pilot. This is where the prop blades on the failed engine are rotated to produce minimal drag, allowing the plane to perform better with only one engine operating.

If the failed engine didn’t feather correctly, it could have resulted in the windmilling propeller producing significant additional drag and seriously affecting aircraft controllability.

Or perhaps a much more insidious problem occurred causing full or significant partial power loss on both engines, presenting the pilot with an extreme emergency situation to manage. If that were the case, there would have to have been a common failure affecting both engines, such as a fuel quality, fuel starvation or an engine management issue.

However, at this point in time, all of that is just conjecture. The investigators will no doubt be exploring these lines of enquiry and many others. They will be following standard ATSB investigation protocols that have been developed and honed over time based around the International Civil Aviation Organisation’s Annex 13 and
Manual of Aircraft Accident and Incident Investigation methods.

The investigators will be clearly interested in the engines, propellers and fuel systems. They will also be exploring all the aircraft’s other systems, such as avionics, flight management computers, airframe and flight controls, looking for any evidence of malfunction or anomaly that could have contributed to the cause of the crash.

Investigators will also have a focus on all the possible human factors issues. The pilot’s response to the emergency will be examined and any factors, such as fatigue, illness or health issues that could have contributed will be explored.

The investigation will be conducted as a systematic and scientific process. Everything that could have contributed to the cause of the crash will be considered. Many will be discounted. Some will inevitably be proven.

The investigators findings will be solely based on the evidence from the wreckage, and from analysis of evidence external to the aircraft, such as maintenance documentation, air traffic control recordings, available film footage and, not least, the observations of the witnesses.

The investigation will be an arduous and exacting task given the apparent fragmentation of the aircraft and the post crash fire. However, I believe ATSB investigators are among the best in the world and I have no doubt they’ll reveal the causal sequences that led to this accident, so that any lessons can be learned and corrective actions implemented to prevent recurrences.

Aviation is the safest means of transport in no small part due to the work of air safety investigators who shed light on the causes of those accidents which do occur. This accident will continue that tradition, I’m certain.

This article was originally published on The Conversation. Read the original article.

Why we need a new science of safety

Why we need a new science of safety It is often said that our approach to health and safety has gone mad. But the truth is that it needs to go scientific. Managing risk is ultimately linked to questions of engineering and economics. Can something be made safer? How much will that safety cost? Is it worth that cost?

Decisions under uncertainty can be explained using utility, a concept introduced by Swiss mathematician Daniel Bernoulli 300 years ago, to measure the amount of reward received by an individual. But the element of risk will still be there. And where there is risk, there is risk aversion.

Risk aversion itself is a complex phenomenon, as illustrated by psychologist John W. Atkinson’s 1950s experiment, in which five-year-old children played a game of throwing wooden hoops around pegs, with rewards based on successful throws and the varying distances the children chose to stand from the pegs.

The risk-confident stood a challenging but realistic distance away, but the risk averse children fell into two camps. Either they stood so close to the peg that success was almost guaranteed or, more perplexingly, positioned themselves so far away that failure was almost certain. Thus some risk averse children were choosing to increase, not decrease, their chance of failure.

So clearly high aversion to risk can induce some strange effects. These might be unsafe in the real world, as testified by author Robert Kelsey, who said that during his time as a City trader, “bad fear” in the financial world led to either “paralysis… or nonsensical leaps”. Utility theory predicts a similar effect, akin to panic, in a large organisation if the decision maker’s aversion to risk gets too high. At some point it is not possible to distinguish the benefits of implementing a protection system from those of doing nothing at all.

So when it comes to human lives, how much money should we spend on making them safe? Some people prefer not to think about the question, but those responsible for industrial safety or health services do not have that luxury. They have to ask themselves the question: what benefit is conferred when a safety measure “saves” a person’s life?

The answer is that the saved person is simply left to pursue their life as normal, so the actual benefit is the restoration of that person’s future existence. Since we cannot know how long any particular person is going to live, we do the next best thing and use measured historical averages, as published annually by the Office of National Statistics. The gain in life expectancy that the safety measure brings about can be weighed against the cost of that safety measure using the Judgement value, which mediates the balance using risk-aversion.

The Judgement (J) value is the ratio of the actual expenditure to the maximum reasonable expenditure. A J-value of two suggests that twice as much is being spent as is reasonably justified, while a J-value of 0.5 implies that safety spend could be doubled and still be acceptable. It is a ratio that throws some past safety decisions into sharp relief.

For example, a few years ago energy firm BNFL authorised a nuclear clean-up plant with a J-value of over 100, while at roughly the same time the medical quango NICE was asked to review the economic case for three breast cancer drugs found to have J-values of less than 0.05. The Government of the time seemed happy to sanction spending on a plant that might just prevent a cancer, but wanted to think long and hard about helping many women actually suffering from the disease. A new and objective science of safety is clearly needed to provide the level playing field that has so far proved elusive.

Putting a price on life

Current safety methods are based on the “value of a prevented fatality” or VPF. It is the maximum amount of money considered reasonable to pay for a safety measure that will reduce by one the expected number of preventable premature deaths in a large population. In 2010, that value was calculated at £1.65m.

This figure simplistically applies equally to a 20-year-old and a 90-year-old, and is in widespread use in the road, rail, nuclear and chemical industries. Some (myself included) argue that the method used to reach this figure is fundamentally flawed.

In the modern industrial world, however, we are all exposed to dangers at work and at home, on the move and at rest. We need to feel safe, and this comes at a cost. The problems and confusions associated with current methods reinforce the urgent need to develop a new science of safety. Not to do so would be too much of a risk.

This article was originally published on The Conversation. Read the original article.